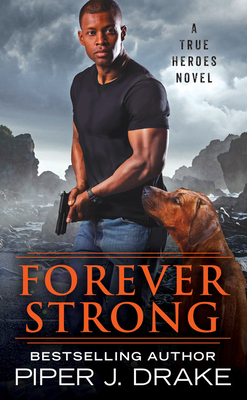 
He'll risk his life for her . . . but will he risk his heart?
Jiang Ying Yue assumed her kidnapping was random, that she was in the wrong place at the wrong time. After all, who would want to harm her? But then her rescuer---a charismatic former soldier who takes her breath away---uncovers a traitor in her father's organization. Now, Ying Yue realizes that she's become a pawn in a dangerous game, and her kidnapper won't be satisfied until she disappears for good.

Zu Anyanwu's work with Search and Protect and his canine partner Buck have always been his first priority . . . until he's tasked with keeping Ying Yue safe. To him, the brave and resilient investment expert is more than just another client. But with danger closing in, Zu can't let his emotions get in the way of the most important job he's ever had---protecting the woman he loves.

My thoughts
This series keeps getting better with each book , and it's becoming one of my favorite series to read, no matter what type of day I have, I know I can pick up one of these books and get lost in the story. Out of the 3 I've read so far books 4-6, this one might be my favorite one because it tells the backstory of Zu and why he started the company. As for they story itself its  suspense at its best because  it'll keep her guessing on what is going to happing next, with that said I want to say thank you to NetGalley as well as to Forever for letting me read and review it .
- March 14, 2020