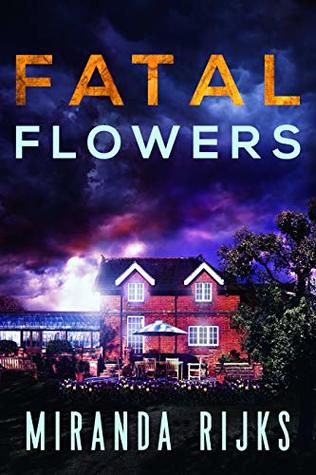 Can psychologist Pippa Durrant unmask a killer before she becomes the next victim?
After a seemingly senseless murder at a garden center, the police turn to human lie detector, Pippa Durrant for help. Working alongside handsome detective Joe Swain, Pippa starts digging for the truth. But the Gower family, owners of the garden center, have deadly secrets -- secrets they want to keep buried.

After a second body is found, it’s clear that the murderer is using flowers as a sinister calling card. And when Pippa receives a black rose, there’s no mistaking who will be the next victim…

In a fast-paced investigation that takes her to Holland and back to England, Pippa soon realises that the gentle world of flowers is anything but. Using her unique skills in spotting lies and deceit, can she weed out the truth before it’s too late
My thoughts
Would I recommend it? yes
Will I read more by this author? yes
Just like the first one it pulled me into the story, and had me hooked, other than I liked about it was where the author talks about what the flowers and what they mean as well as their true name , and there's lots of characters that seem to be hindening something that has to do with the victim , and though out the story it keeps you guessing on who could of done it and why . With that said I want to say think you to Netgalley for letting me read and review it .