TERRY LYNN THOMAS grew up in the San Francisco Bay Area, which explains her love of foggy beaches and Gothic mysteries. When her husband promised to buy Terry a horse and the time to write if she moved to Mississippi with him, she jumped at the chance. Although she had written several novels and screenplays prior to 2006, after she relocated to the South she set out to write in earnest and has never looked back.
Terry Lynn writes the Sarah Bennett Mysteries, set on the California coast during the 1940s, which feature a misunderstood medium in love with a spy. The Drowned Woman is a recipient of the IndieBRAG Medallion. She also writes the Cat Carlisle Mysteries, set in Britain during World War II. The first book in this series, The Silent Woman, came out in April 2018 and has since become a USA TODAY bestseller. The Family Secret is slated for release in March 2019. When she’s not writing, you can find Terry Lynn riding her horse, walking in the woods with her dogs, or visiting old cemeteries in search of story ideas. 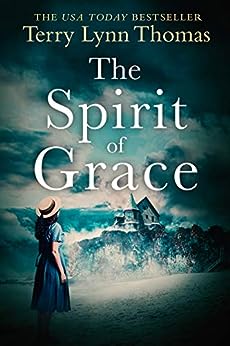 Description
Sarah Bennett doesn’t remember the night her mother tumbled down the stairs at Bennett House, despite allegedly witnessing the fatal fall. There was talk of foul play, dark whispers, and sidelong glances, all aimed at Sarah, prompting her family to send her to The Laurels, an exclusive asylum in San Francisco, under a cloud of suspicion. Now, on the one-year anniversary of her mother’s murder, Sarah has been summoned home. Convinced of her innocence, she returns to Bennett House, hoping to put the broken pieces of her life back together. But when another murder occurs shortly after her arrival, Sarah once again finds herself a suspect, as she is drawn into a web of suspicion and lies. In order to clear her name, Sarah must remember what happened the fateful night her mother died. But as she works to regain her memory, the real murderer watches, ready to kill again to protect a dark family secret.

My thoughts
Would I recommend it? Yes
Will I continue the series ?yes
Would I read anything else by this author?yes
This is the first time I've ever read this author and I do have to say her story is well written and suspenseful -- a great start to a series , with a touch of the paranormal but not a hole lot of it like I was hoping for,we do see a bit of it , as well as a romance happen , as well as finding out there is secrets been kept ,with that said I want to thank Amy and Historical Fiction Virtual book tours for sending me a copy of to read and review in exchange for my honest opinion

Title : The House Of Secrets
Series : Sarah Bennett #2
Pages :252
My rating :5
Sarah Bennett has two secrets: she sees ghosts, and she is in love with a spy.When Sarah takes a job with occult expert Dr Matthew Geisler, he promises to help her understand the sorrowful spirit that seems to have attached itself to her.As Sarah struggles to cope with the ghostly presence, she runs into Zeke, the man who left her six months earlier and is recovering from injuries suffered in an alleged accident. But Zeke has secrets of his own, and when an attempt is made on Geisler’s life, Sarah finds herself caught in a struggle between the living and the dead.Unsure who she can trust, Sarah must solve the mystery of the soul determined to haunt her, and save Dr Geisler and herself from an unknown threat.This book was previously published as WEEPING IN THE WINGS.
My thoughts
Wow this one was even better then the first one , because we see how much Sarah has come into herself and more of her and Zeke, we also see more of the paranormal touches like I wanted , and the story is more alive with each page, we also see the fall out of what happens when secrets that was meant to stay hidden come to life and how people react to them. Another I loved was is that Sarah was a lot more trusting of her gift in this one then in book one and the ending was perfect , and everything was explained perfectly, with that said after reading this one and book one I now can't wait to read book 3 of this series ,and would love to say thanks to Amy and Historical Fiction Virtual book tours for sending me a copy of to read and review in exchange for my honest opinion, because they've helped me find a new author to read . 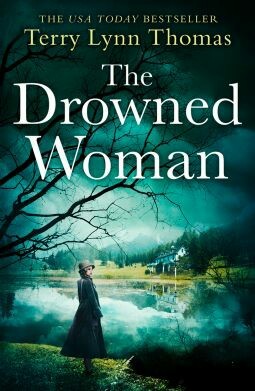 December 1937.When Zeke’s sister-in-law Rachel Caen was found dead on Christmas Eve, her family assumed that she had taken her own life.Now five years later, one of the emeralds that Rachel was wearing at the time of her death is discovered at a stonecutter’s house in Portland, Oregon.With his brother Simon under suspicion for Rachel’s murder and stealing the emeralds, Zeke and Sarah are under pressure to clear his name.But with troubles of their own and in need of a place to hide, the duo return to Zeke’s hometown where a spiritual force helps Sarah find another emerald…All the fingers are pointing to Zeke’s family; how far will they go to protect their secrets? And will Sarah uncover the killer before it’s too late?This book was previously published as NEPTUNE’S DAUGHTER

My thoughts
Wow this was way better than then the first 2 , it showed more of Sarah and Zeke's future together , and shows Zeke's family , and you get to see how much they've both grown from the first book, you also find out there there's been a murderer and it involves one of Zeke's sister in-laws and as your reading the question comes up was it a murderer or a suicide , and where was the emeralds all this time ,and if it was murder who killed her and why ,  this one just grabs you from the very start and doesn't let go until the very end , and it didn't let me down at all , in fact I would say it's probably my favorite out of the three , with that said I want to thank Netgalley  and HQ Digital for let me read and review it exchange for my honest opinion
- October 06, 2019