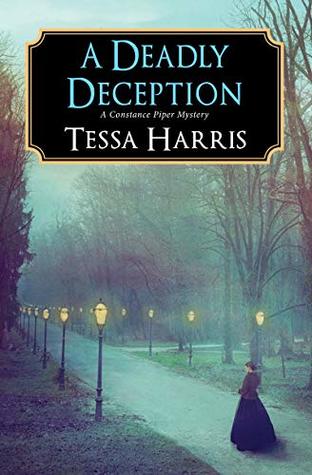 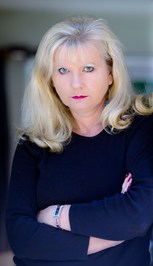 From the author's website:After studying History at Oxford University, I began my journalistic career on a newspaper in my home town of Louth, in Lincolnshire. I progressed onto a London newspaper, where I became women's editor. From there I moved to become a feature writer on Best magazine. After two years I was made editor of a regional arts and listings publication. This was followed by another two years as deputy editor on Heritage magazine. Motherhood meant a spell as a freelance, contributing to several national magazines, such as Country Homes & Interiors, Perfect Home and Woman's Journal, as well as newspapers such as The Times, The Telegraph and The Guardian. During this time I also worked as a literary publicist and for a documentary-making company. In 2005 I was made editor of Berkshire Life magazine.
In 2000 I won a European-wide screenplay writing competition run by the London Screenwriters' Workshop and the resulting screenplay was optioned by a film company. The script was set in 18th century London and my subsequent research led to the invention of Dr Thomas Silkstone, an American anatomist and the world's first forensic scientist.

London, July 1889. Eight months have passed since the horrific murder of Mary Jane Kelly. The residents of Whitechapel have begun breathing easy again—daring to leave windows open and walk about at twilight. But when old Alice McKenzie is found dead, throat slashed from ear to ear, the whispers begin once more: Jack the Ripper is back.

Constance Piper, a flower seller with a psychic gift, was a friend to both women. With the supernatural help of her late mentor, Miss Emily Tindall, and her more grounded ally, police detective Thaddeus Hawkins, she uncovers links between the murders and a Fenian gang. The Fenians, committed to violence to further their goal of an independent Ireland, are also implicated in a vicious attack in which the Countess of Kildane’s uncle was killed. Could the Whitechapel murders be a ruse to make the British police look helpless?

Soon, Constance is called upon for help. But there are spies everywhere in the city, and a bomb plot intended to incur devastating carnage. And as Constance is fast discovering, the greatest evil may not lurk in the grimy alleys of the East End, but in a conspiracy that runs from Whitechapel to the highest office in the land.

My thoughtsWould I recommend it? YesWill I read more of this series? yes, in fact I'm so looking forward to the next one when it comes out.Will I read more of this author? YesEvery time I read this series, and it keeps getting better with each book, and the characters become more real, this author not only knows how to write but she also does her research for that time period which is the Victorian London and the setting of Jack the Ripper. That was other thing that drew me to this series and how will the author writes. Another thing is not only is this a historical mystery but it has a touch of the paranormal as well. And as your reading it the series is told in two different perspectives. Which is Constance and other one is Miss Emily Tindall. And the more you read the more you begin to understand that there is more going on behind the scenes then meets the eye but to find out what you have to read the series for yourself. With that said I want to think NetGalley and Kensington for letting me read and review it because this is one of my favorite series to read .
- November 11, 2019