Welcome to my blog tour stop for Status-6: An NCIS Special Ops Thriller which is been hosted by Partners In Crime 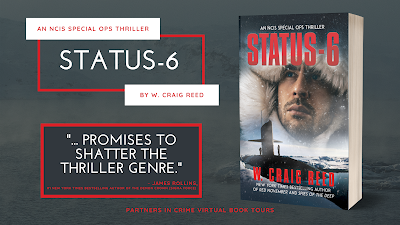 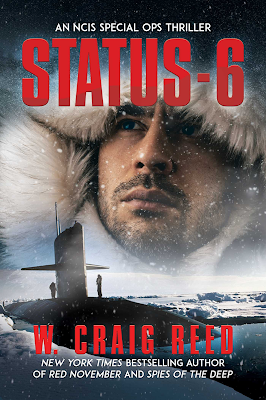 What’s the next nightmare after the coronavirus?
My thoughts
Rating: 5
Would I recommend it? Yes
Would I read more of this series ? Yes
Would I read more by this author? Yes
First off I  want to say a  huge  thank you to the publisher  Permuted Press, the author W. Craig Reed, as well as Random Tour Things for inviting me to join the blog tour for this book as well as letting me read and review it.Non stop action from the very start, and didn't let up until the very end . Which means I was 100% hooked and didn't want to stop reading . A great start to a new series and I'm so glade that I said  yes because this is something I would pick up in a heart beat. The characters are real and come to life with each turn of the page.

Deep beneath the Arctic Ocean, a covert team of Chinese operatives uses stolen U.S. technology to capture Russia’s newest attack submarine. Loaded with 100-megaton nuclear torpedoes, the sub is headed west. The Americans want to sink her, the Russians want her back, and the Chinese claim they’re not responsible.
NCIS agent Jon Shay is a former SEAL Team Two operator. Still shattered by the murder of his wife a year earlier, he places the barrel of a revolver against his temple, spins the cylinder, and squeezes the trigger. He hears only a click—and the chime of his phone. Activated for a mission in the Arctic, Jon pairs with British scientist Kate Barrett to battle a ticking clock, trained operatives, and top government officials. Together, they must find and stop the world’s most lethal submarine. The stakes  are raised when they learn that the Russian sub is controlled by an infected AI system bent on completing its mission to create a nuclear winter. 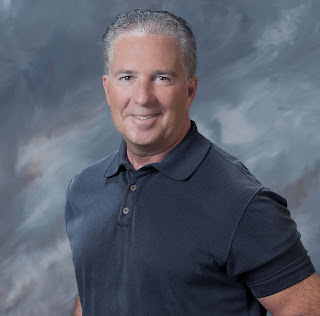 William Craig Reed is the New York Times bestselling author of thrillers and non-fiction military and business books including Spies of the Deep: The Untold Story of the Most Terrifying Incident in Submarine Naval History and How Putin Used The Tragedy To Ignite a New Cold War and the critically acclaimed Red November (HarperCollins). Also, The Seven Secrets of Neuron-Leadership (Wiley), an award-winning business book, and Tarzan, My Father (ECW) co-written with the late Johnny Weissmuller, Jr.

Reed served as a U.S. Navy submariner and diver during the Cold War and earned commendations for completing secret missions, some in concert with SEAL Team One. Reed’s military experience and inside contacts help infuse his writing with intrigue and realism, and inspired his next non-fiction book, Also, this novel: STATUS-6 about a former SEAL Team Two operator turned NCIS agent that teams with a British female scientist to stop a Russian submarine controlled by an infected artificial intelligence.

Reed holds an MBA in Marketing and was a former vice president and board director for the Silicon Valley American Marketing Association. Reed is the co-founder of Us4Warriors, an award-winning Veterans Non-Profit and serves on the Board of Aretanium, a wellness firm that leverages the neuroscience he wrote about in his leadership book to provide personalized wellness and professional development programs to accelerate brains, careers, and relationships.

Welcome to my blog tour stop for Hidden Bones which is been hosted by Bookouture Buy Links:  https://geni.us/B09VTN1FZGsocial Book: HIDDEN ... 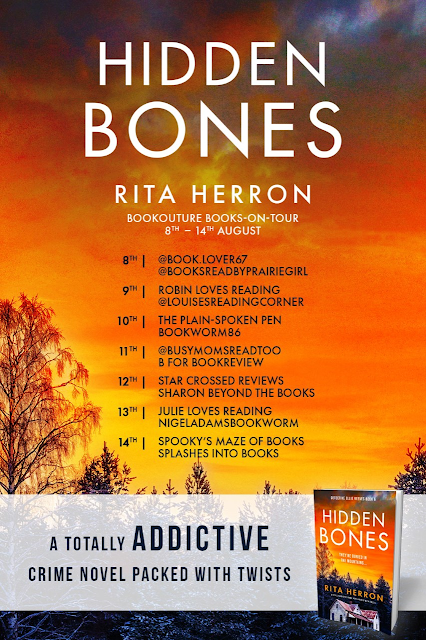 Spooky's Maze Of Books
Hi everyone I'm Elizabeth and welcome to Spooky's Maze Of Books, a door way into the wonderful world of books because there nothing's that I love more to do then talk books with you, what can I say I'm a bookworm your find that I just about read anything that catches me eye from thrillers to mysteries,from horror to nonfiction, from historical fiction to romance, plus I should say that when it comes to what I thank of a book I'm 100 % honest ,and I'm an enabler .