The Encyclopedia of Ancient Greece 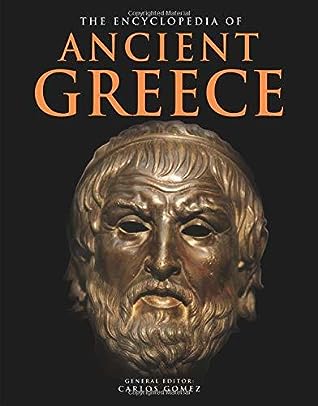 From the Battle of Marathon to the Minotaur, from the Acropolis to Aristotle, from Theseus to the Theban hegemony, from slavery to Sparta, The Encyclopedia of Ancient Greece is a fascinating fully illustrated reference work, spanning both political history, society, wars, art, architecture, culture, philosophy and mythology. Covering the founding of the Minoan civilization on Crete in the 3rd millennium BCE, Mycenaean Greece in the 2nd millennium, the Greek Dark Ages and the heights of Athenian civilization in the 5th and 4th centuries BCE, the book expertly examines a wide range of aspects of the civilization that is considered to be the foundation of Western culture. Thousands of years later we can easily identify the influences of ancient Greece in modern politics, society and architecture, its mythical tales are still recounted and their patterns can be spotted throughout modern literature, television and film. Featuring more than 400 colour photographs and artworks, The Encyclopedia of Ancient Greece is an accessibly written exploration, reaching from siege warfare to Socrates, public sacrifice to public festivals to the Peloponnesian War.


My thoughts
rating: 5
Would I recommend it? yes
Would O read anything else by this author? yes
I loved all the different color photos it has to offer and the way it was written bright Ancient Greece to life before my very eyes, while I knew a little bit about Ancient Greece I didn't know a hole lot about it ,and this book didn't let me down, it brought to life the the political history ,society ,wars , art ,architecture , culture as well as their philosophy and mythology which made the book so easy to get lost in and enjoy , not once did I want to stop reading it or put it down . With that said I want to thank Netgalley for.letting me read and review it exchange for my honest opinion.
- July 08, 2019